I often think how lucky I was to have the great honor to spend time with Rita Levi Montalcini.

Today it has been given to me the pleasant task to speak about the Jewish culture in Turin in the last century and I would like to do that outlining some of those traits, in my opinion the most interesting, that allow me to give my tribute to Rita.

First of all there is Turin’s understatement, connected to geographical and historical origins, reason why some people say that we are the less Italian among Italians, that overlaps with the even stronger discretion showed among diaspora’s Jews, always keen to live in silence and in suspect, to listen more than speak and not to outstand to much because “you never now…”

We have never been too many: a bit more that 4000 in the 30’s and that, has been the largest number reached so far, just 800 today. But, and is not emphasizing, that regardless these small numbers we think to have played a big role in city’s life and that we are still playing it.

It seems a paradox than that our history of people shy and modest is strictly connected to the Mole Antonelliana, Turin’s major monument, that’s not so modest; we still have gratitude to the city’s council member Mr. Malvano, also Jewish, that in 1875 had the ability to sell to the City the project, started but not finished. If it wasn’t for him, the small number of Jews that goes day by day to the synagogue or the few hundreds that attend services during higher holydays, would be almost invisible inside the huge space inside the cupola.

Nevertheless, if we wouldn’t have been there, the city would be different.

When our ancestors moved to the city, most of whom at the end of last century, have brought with them the great, maybe the only, gift that history left connected to Jews: culture. Culture both religious and laic, felt as a must, as a right, as a necessity and as a joy of life, in a moment in which Italian population was in large majority illiterate.

The environment in witch Rita was born is the one where the jewish families of piedmont had a stable profession in the craftsmanship, in the small retail, in the new born industries, in the public life and in Universities. And is exactly in this field, the academic environment, where Turin’s Jews left so many important traces, disproportionate with their number.
People’s tolerance, made their rise, in parallel to the one experimented by the catholic middle class, easy.

Rita than, was a member of a small group of people aware of their identity, with consolidated aspects, almost a small village in the middle of the capital of the Savoy’s reign, with a strong Judaic-Piedmontese dialect. They had a solid memory of the liturgies and an environment free from strong tensions.
Our grandparents, but even more our grandmothers where used to speak naturally their dialect, it was the language used in their homes, with all the consciousness of the hilarious sound of this way of speaking originated by the mix of peidmontese and adapted Hebrew.

Rita grew up in an honest, strong, hard working and sharp, not of saints and martyrs.

In Turin, the Jews characterize themselves for their very early commitment to antifascism, paid with many years of imprisonment and confinement, originated by their insatiable desire of freedom and justice that flows in our history.

I think that is a must in this occasion to mention exemplar lives of people such as Umberto Terracini, Leone Ginsburg, Ennio and Emanuele Artom, Giuseppe Mario and Alberto Levi and partisans such as Sergio Paolo and Franco Diena and further more the remarkable Jewish contribution to the Resistance once more stronger that what the number could explain and last but not least the 800 victims of the Shoah.

Rita leaves Turin and goes to the United States when the Community is forced by the racial laws to organize in few weeks schools of all different levels reserved for students of the Jewish race that where thrown out of public schools from one day to the next one – R.D.L 5th September 1938 n. 1390.

In the adversity of discrimination that young jews where subjected at, they found themselves in a school where they could take advantage from the presence, as teachers, of many great professors thrown out of public schools and universities. Among all of them, I would like to mention Arnaldo Momigliano, historian, which later on had to migrate to England where he became professor at Cambridge.

The movement of opposition to the fascist regime found in Piedmont since the beginning a large number of participants and, as soon as military organized, counted a large number of young and less young people that from the academic world – both students and Professors – joined the partisans.
Many others where force to migrate and among the ones that have remained, many weren’t able to escape from deportation and perished in the Lagers.
I would like to cite Emanuele Artom, literate and historian, that even if very young, was already one of the best professors and as soon as possible joined the resistance forces. Captured by Nazifascists died imprisoned for the tortures.

In the 70s, when I was just a teenager, Rita used to come back to Turin to spend time at my grandmother’s house.

What was the most common topic of their speeches? It could seem strange, but most of the time they use to debate on culture and science.

My Grandmother, Carla Mortara, together with other women such as Tullia Zevi, was very interested to know everything on Rita’s life as a researcher.
These meetings where the incarnation of the stereotype of Turin’s luncheons: at 1 everyone seated and at 2.30 everyone was already home.

She had a great irony and was used to demonstrate it very often. I love to repeat one of her refrains, emblematic to explain her thinking: “ My intelligence? Just a bit over mediocrity. My only merits have been optimism and commitment”.

When she was speaking about herself she was using short, precise and splendid sentences: “The absence of pshycological complexes, the strength while following the path that I thought correct, the habit to underestimate obstacles – a trait inherited from my father – helped enormously to face the difficulties of life. To my parents I also owe the inclination to look at others positively and without diffidence.”

Despite her inflexible impression that her thin body and her clear light blue eyes, she confessed us that at the moment of the Nobel Price award ceremony, she experienced a strong shyness as testified by the images.
On the other hand though she didn’t want people to rise at her entry in a place because for her, people of my generation where as nephews: “ Why are you getting up?” she told me in Rome during the visit of Pope Benedict XVI at the synagogue when I got up and went in her direction… And thinking at it, she was kind of right: you never get up when an Aunt is entering in a room.
Even after the Nobel, once, she explained us that she was still the only thing she had always wanted to be: a Professor. For us though, she was just Rita.

Her way of dressing was inspired at her idea of Turin.
Capucci tailored for her the dress she had when she won the Nobel: he researched a way of presenting her “royalness attitude” creating a garment that is just a sculpture of fabric that has been shown at the Royal residence of Venaria together with drawings, pictures and videos on the ceremony.

To get back to her irony, she continued for all her life to tell us that she was in a honeymoon with the embryos that she was using in her research.

In 2001 she has been appointed Life Senator for: she had to listen to insults of several Italian politicians. First Storace – leader of the far right party- : “We will bring her home the crutches if necessary” just before the vote, crucial for the existence of Prodi’s government, of the budget law in 2007.
Than Roberto Castelli another Italian politician, always in 2007, defined “ a wastefulness and a MERCIMONIO” speaking of the funds to the European Brain Reseatch Institute directed by her. And last just in a chronological order the expression of opinion of Umberto Bossi – former ministry several times-: “ Scillipoti? – that is a politician convicted several times for different reasons and that changed several parties – Better him than that scientist”.

And her, with her sweet smile, always replied politely: “ I do not even listen to them”. 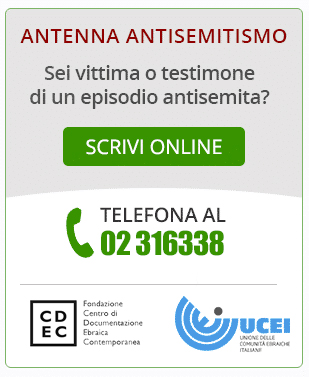